Apr. 28 - Seduced by visions of the Yellow-billed Loon in its exquisite breeding plumage, I made another trek to Deep Bay. But, even if the Yellow-bill were absent, Deep Bay has its own charm, mystique, and occasional surprises that's well worth the visit.

Big Bird - Just north of Nanoose, 2 hulks on top of tall trees caught my attention. I wasn't surprised to see a Bald Eagle as they are common in the area.

Another Big Bird - The second big bird was also a common resident for the summer. It was a Turkey Vulture enjoying the warming rays of the morning sun. 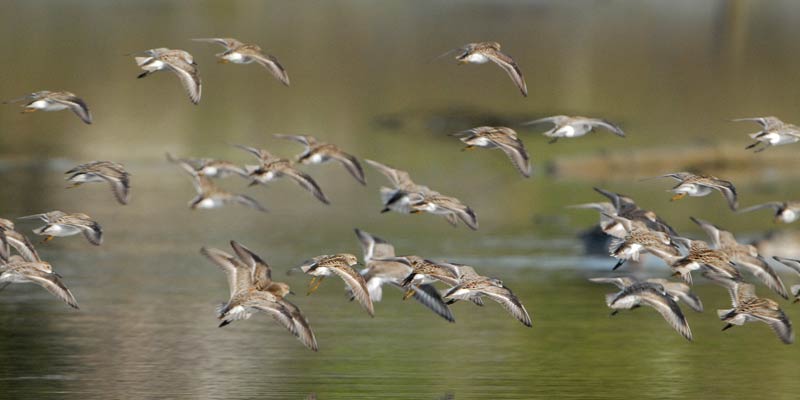 Anticipating the possible arrival of shorebirds, I ducked down to San Malo mud flats. A flock of 89 peeps greeted me. About half the peeps were least Sandpipers. Notice the yellow legs.

The other half were Western Sandpipers (Black legs). There were also a few Dunlin (black bellies) mixed in. 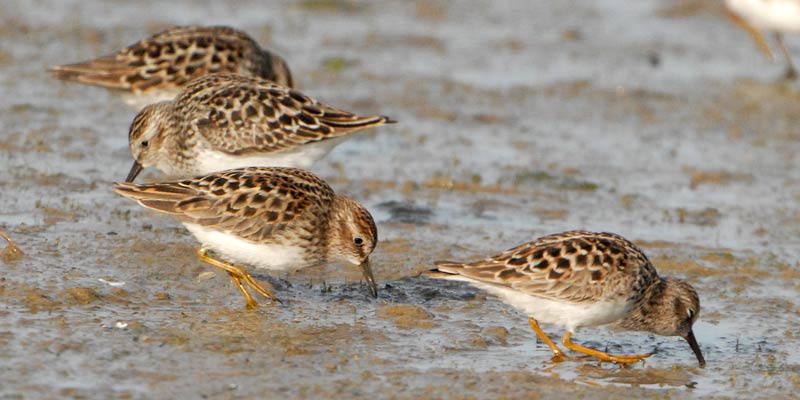 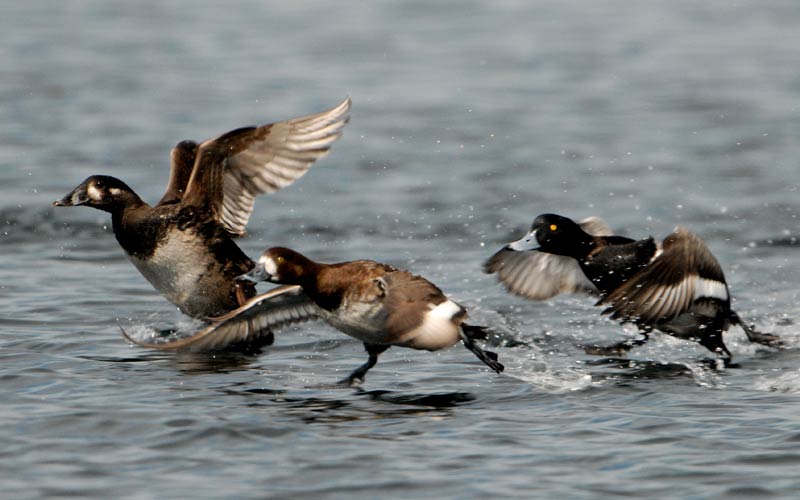 The Deep Bay Yellow-bill was AWOL. Among the few ducks present were 5 greater Scaup. here's a pair of Greater Scaup with a female Surf Scoter in the back. 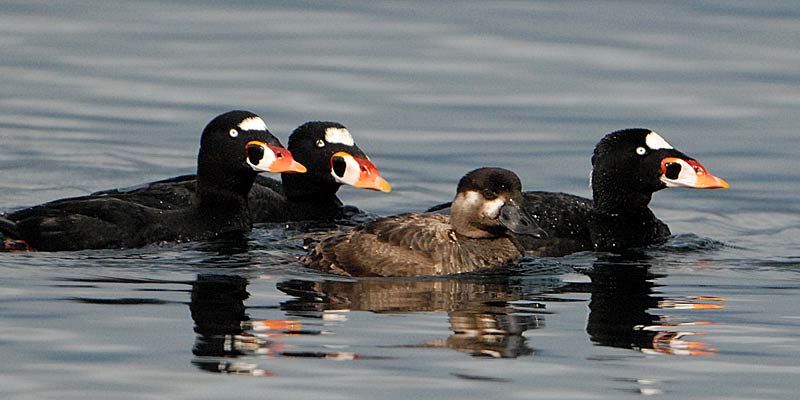 Centre of Attraction - There seems to be a shortage of lady Surf Scoters as there is often a bunch of guys courting 1 female.

The wings work fine. They're ready to head for the Boreal forest.

A Surprise Birdie - My Sunday golf was not proceeding well, but a couple of Greater White-fronted Geese brought a smile to my face.

I hadn't seen a Greater White-fronted during the fall or winter in the Parksville region.

Another surprise were 3 Cackling Geese. 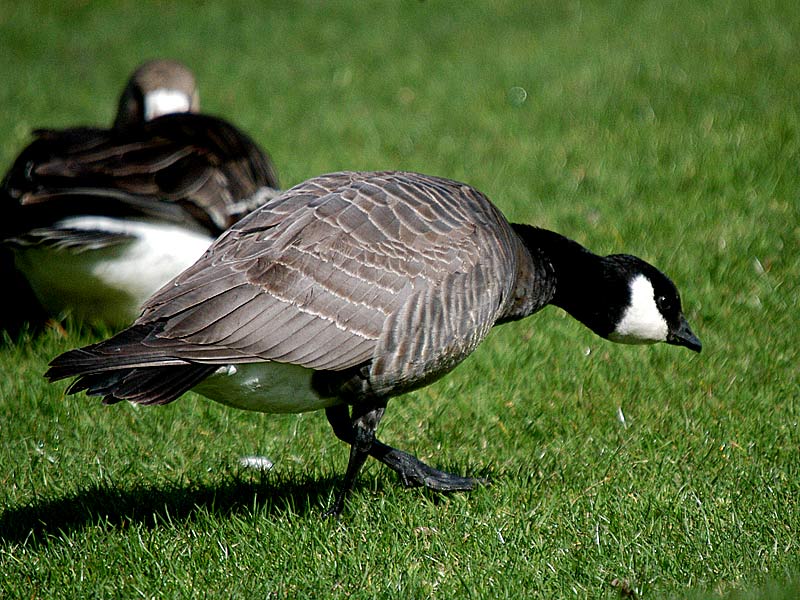 I hadn't seen any Cacklers since the early fall in Parksville.

After hitting every green light from Nanoose to Victoria, I had a premonition that it would be a good day. My first stop was Clover Point, and my first bird was the much coveted Ruddy Turnstone in fabulous breeding plumage. I was disappointed that they flew before I could get some good photos, but I was overjoyed just to see it. I regretted having a schedule to keep, otherwise, I would have stuck around for the whole day. I carried on to the Chinese Cemetery where I was happy to finally catch up with the Surf Birds before I headed out to Butchart's Gardens. After a little book business, I took a quick look around. The flowers, shrubs, and setting was as gorgeous as ever despite the lack of birds. Then it was off to Lake Cowichan with a quick stop for a Somenoes surprise. After not visiting Lake Cowichan for decades, this was my 3rd visit in a month, thanks to Jane and Bob at the recently established "Galloping Moon Gallery." This was their second order of my book in 2 weeks. With their pleasant down-to-earth styles, they should do well. Finally, with a delicious cup of Bob's cappucino in my tummy and a tankful of $1.09/l gas in my car, I was heading home - oh, with a brief stop at Cassidy for the "Killfawn." 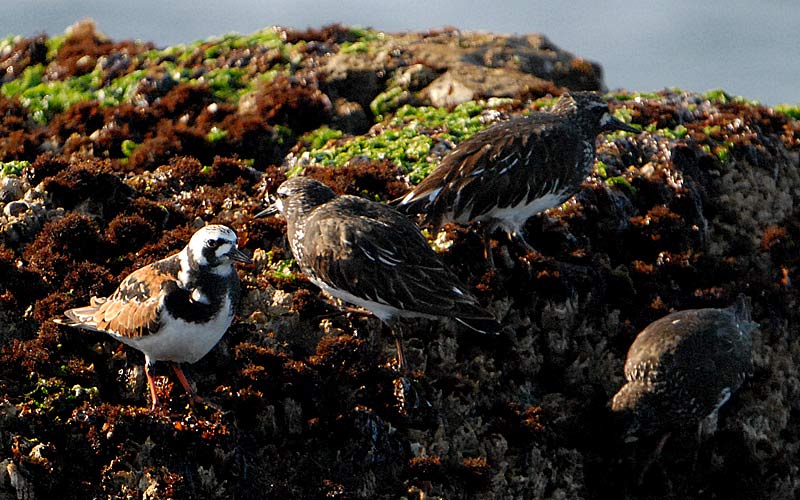 It made my day just to see the Ruddy Turnstone with its Blackturnstone cousins. 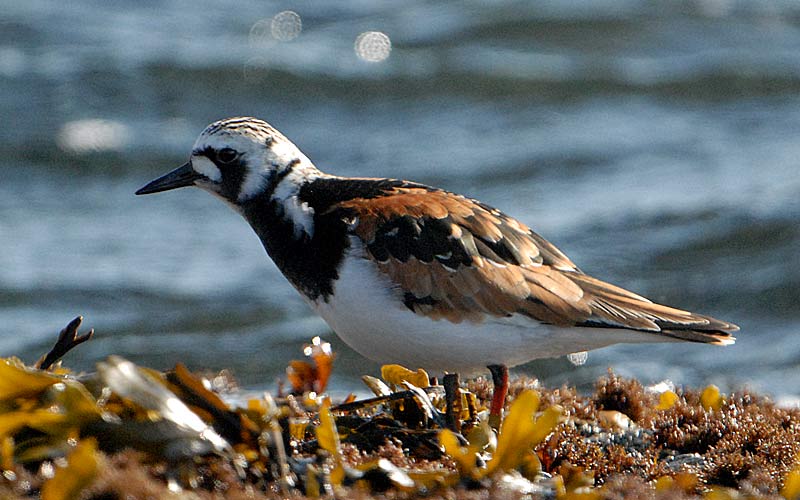 I had 1 chance for fairly close pictures before they flew. if you want to see some great photos, check out Tim Zuroski's website.

I've been waiting 2 and a half years to see another Ruddy up close. It was an extra bonus to see it in breeding plumage. 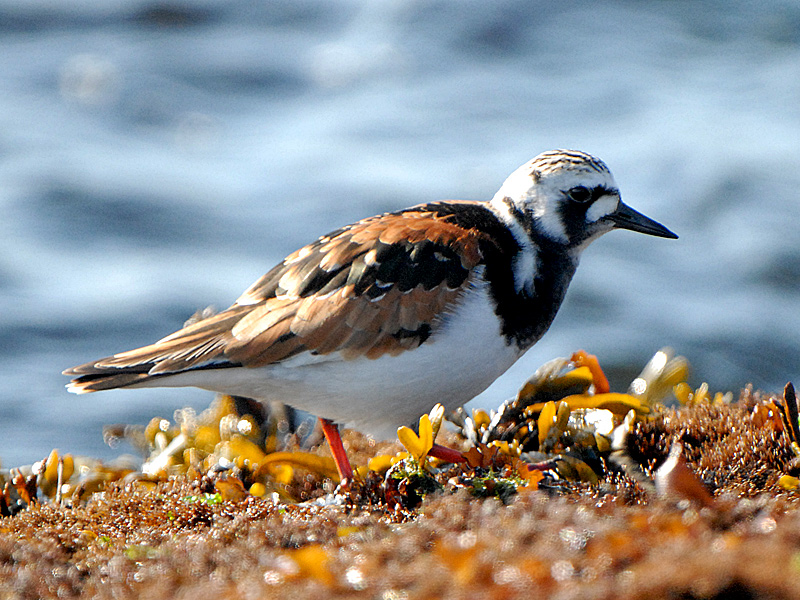 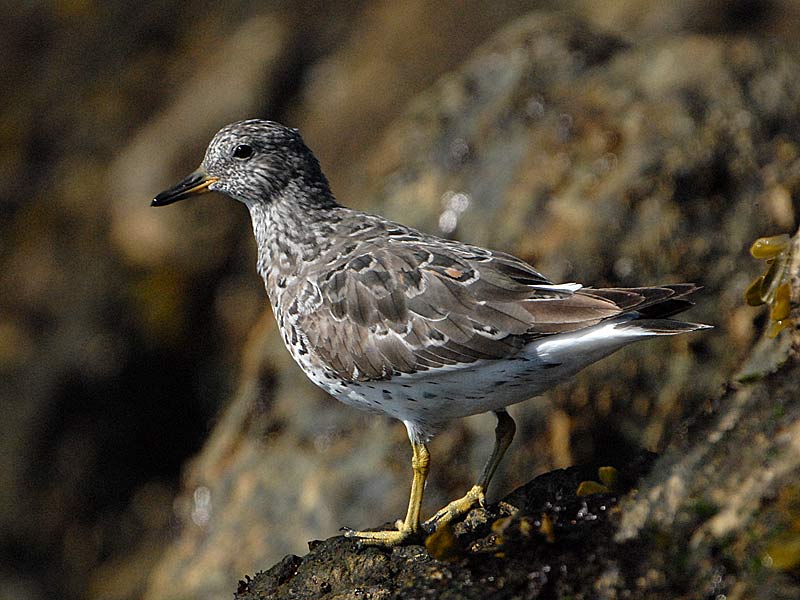 I had a little better luck with the Surf Birds. Most didn't have too much breeding plumage yet. 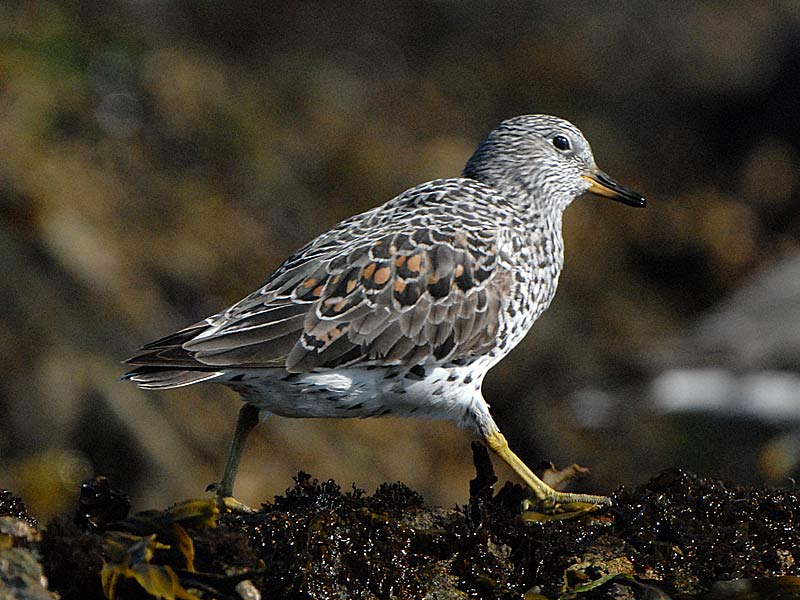 I finally found one that had more than a few orange feathers. 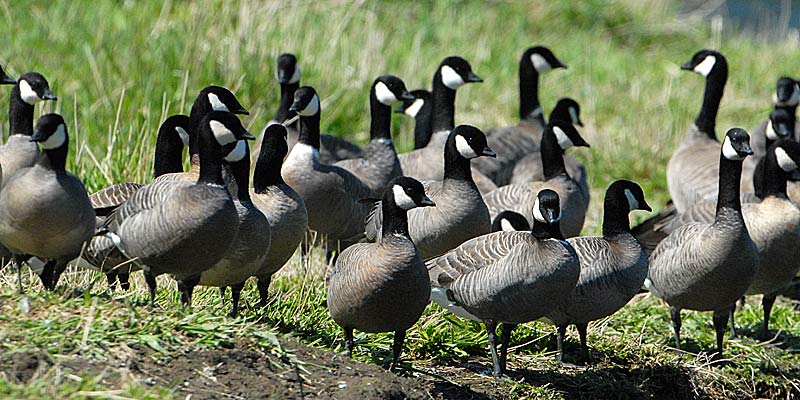 A Gaggle of Geese - I thought I had my Cackler fix yesterday with 3 at Fairwinds. Well, the fix was thoroughly fixed today at Somenoes. There had to be at least 60 standing wing-to-wing at the Forest Museum pond. 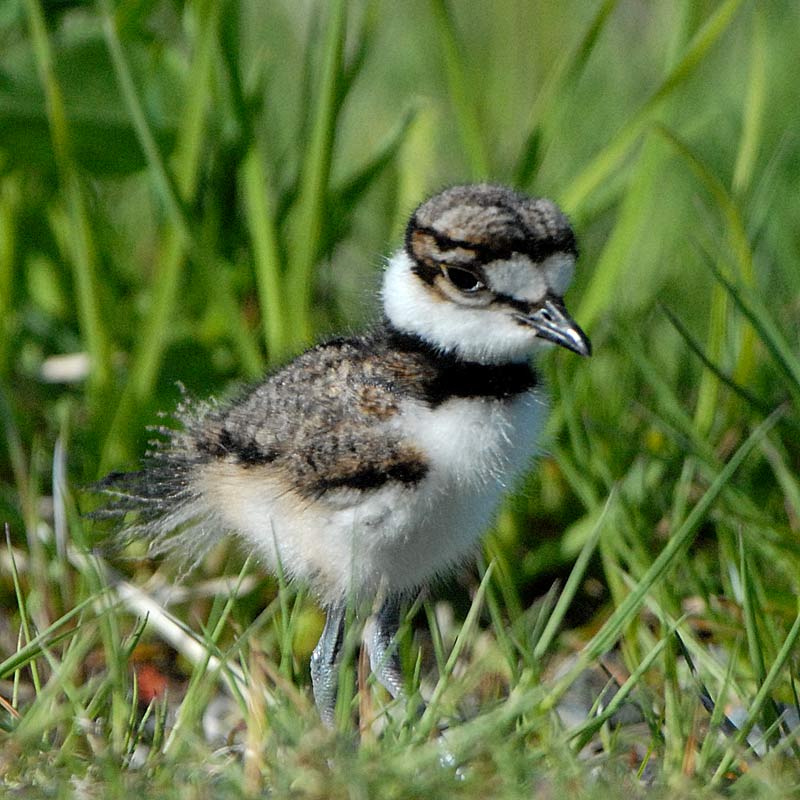 Disappointment and surprise - I was looking for a vesper Sparrow but found a "Killfawn" instead. If you can't find that in the dictionary it's because I just made it up. 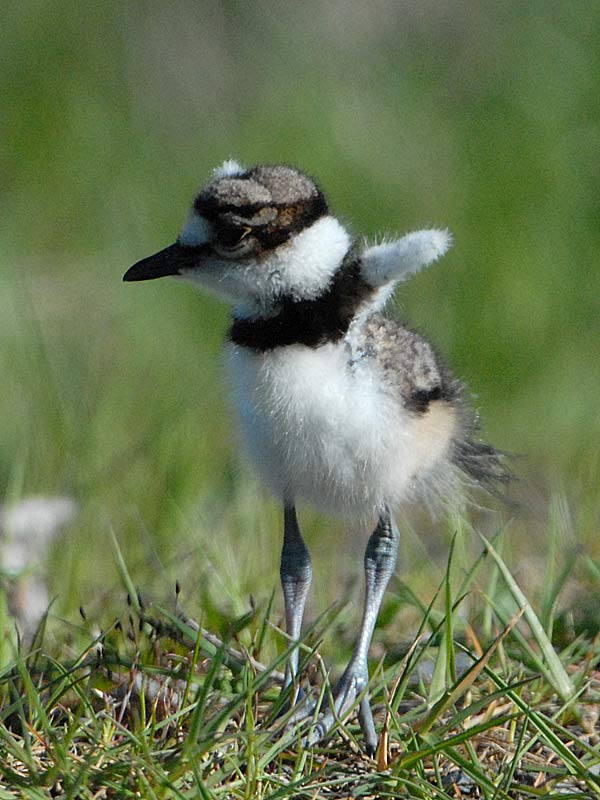 Ready to Fly! - Have wings, ready for flight training! 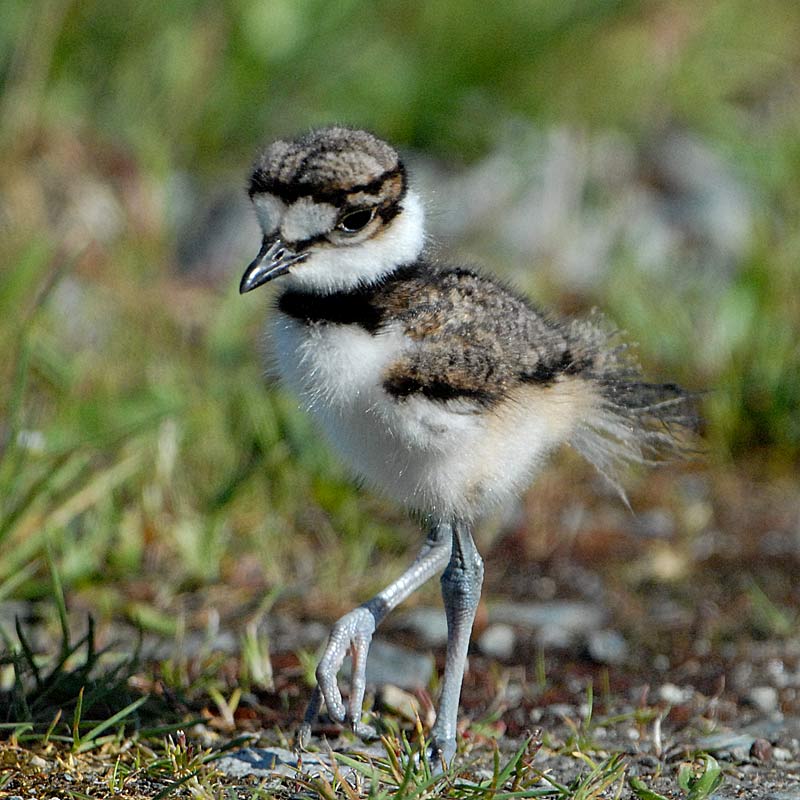 The baby Killdeer are the cutest little things, aren't they? 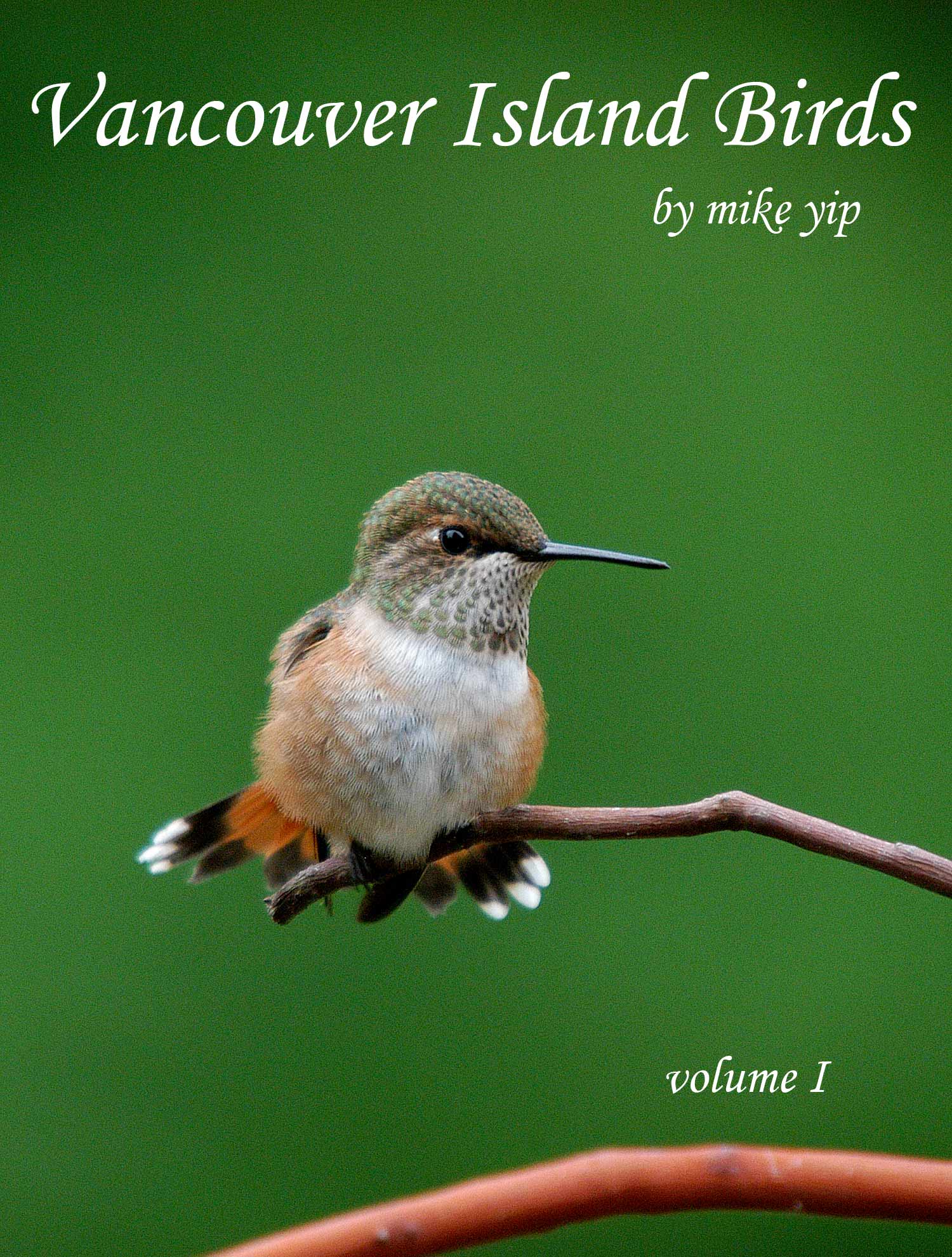