Hi Everybody,
Sometimes the best way to bird is to just do less. That worked well for me on June 17 as I staked out a 20x30 m. patch of trees and bush at Craig Bay. Within a half hour and without moving, I had photos of a Warbling Vireo, American Robin, Swainson's Thrush, Bewick's Wren, Pacific Slope Flycatcher, Willow Flycatcher, Song Sparrow, and House Finch. (There were also other unidentified birds.) That's better than most full days of photo birding for me. This situation also illustrates the value of natural wilderness as a breeding, feeding, and living habitat for many birds. Unfortunately, I doubt if this piece of forest will exist this time next year. 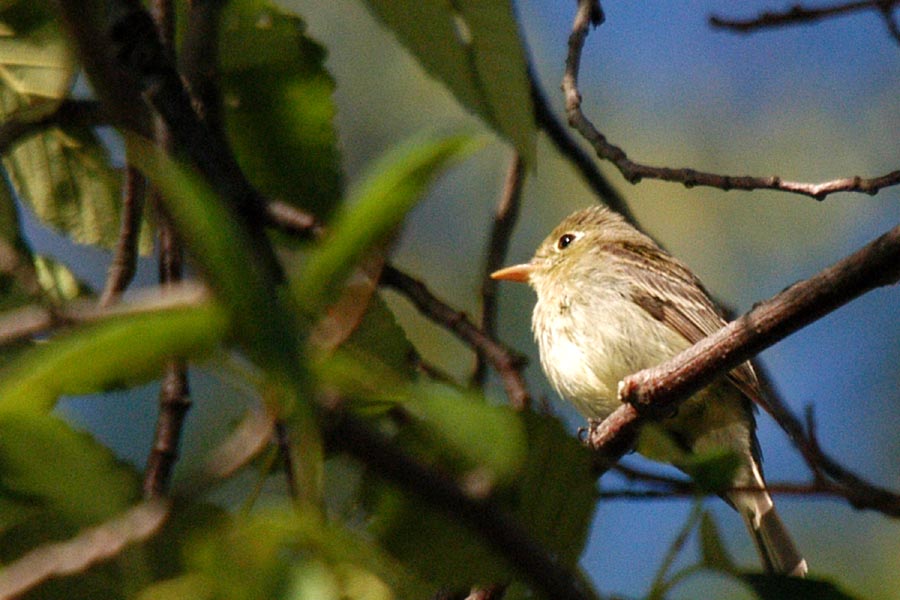 The Pacific Slope Flycatcher was one of the many denizens of the undeveloped section of the Craig Bay Project. 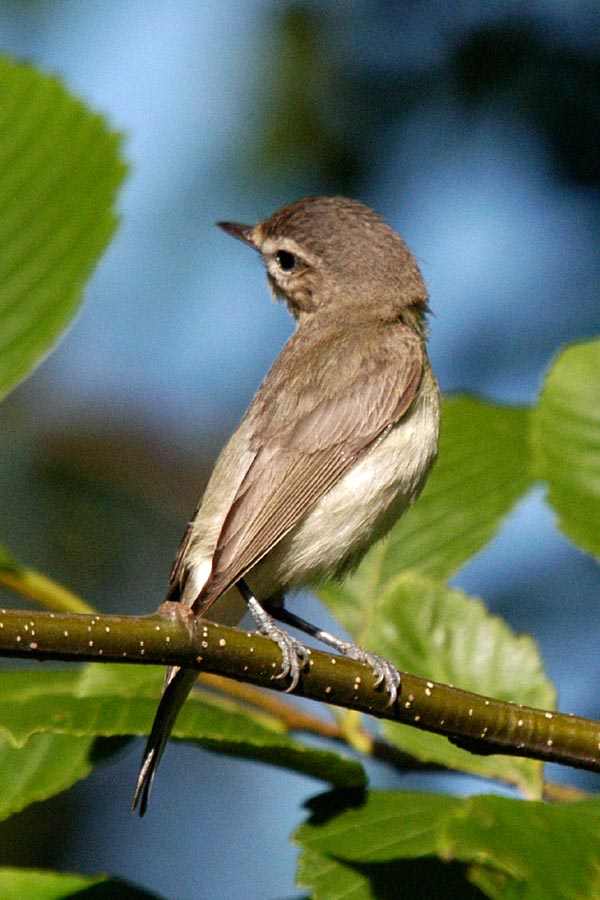 Parent Warbling Vireo was taking a rest after feeding its fledgling. 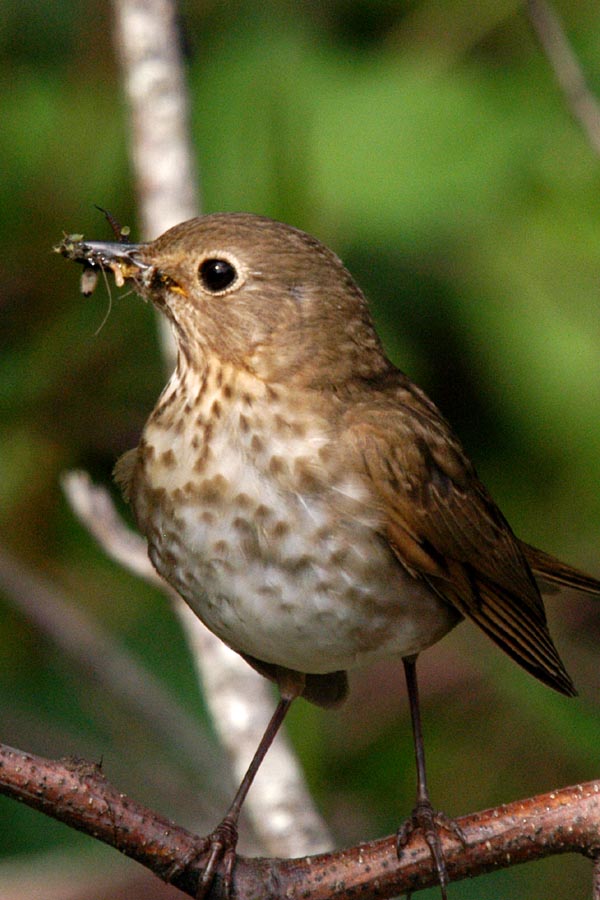 Familiarity breeds consent??? I think the Swainson's Thrush was getting used to me as it came by and offered me a snack. 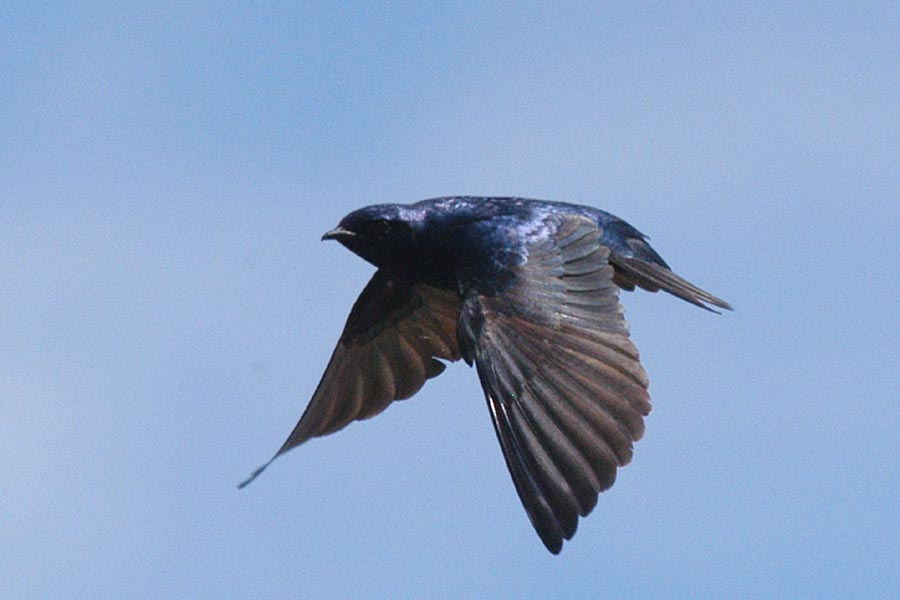 Flaps down, landing gear deployed, Purple Martin coming in for a landing at Nanoose Bay. 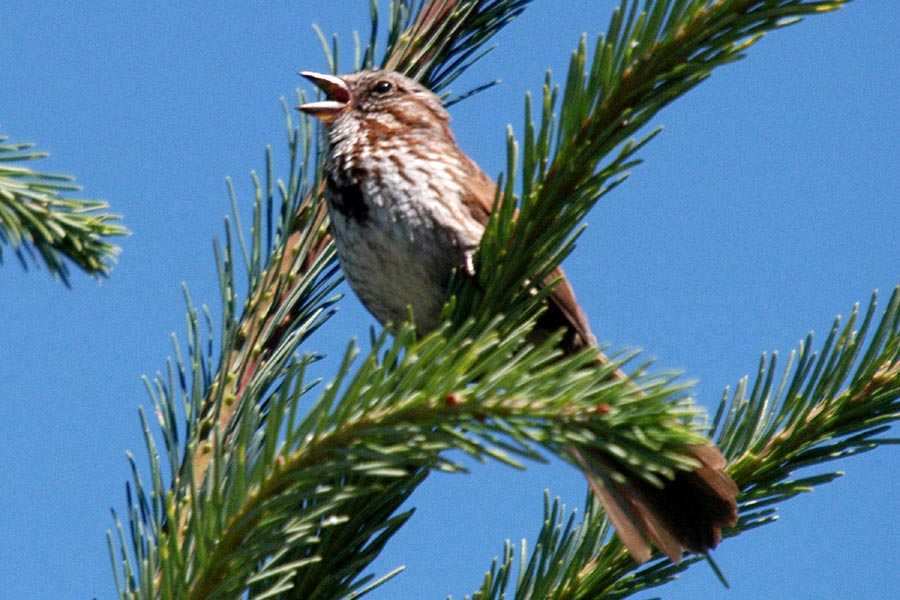 Invasion of the Southwest Song Sparrow? - In the past week I've encountered several very light coloured Song Sparrows that resemble the "Southwest" variation in Sibley's Fieldguide. They also sang a beautiful song that sounded like the chimes on a touch-tone phone.

Spotted Sandpipers love to dance especially if they think no one is watching. You put you left foot in ... 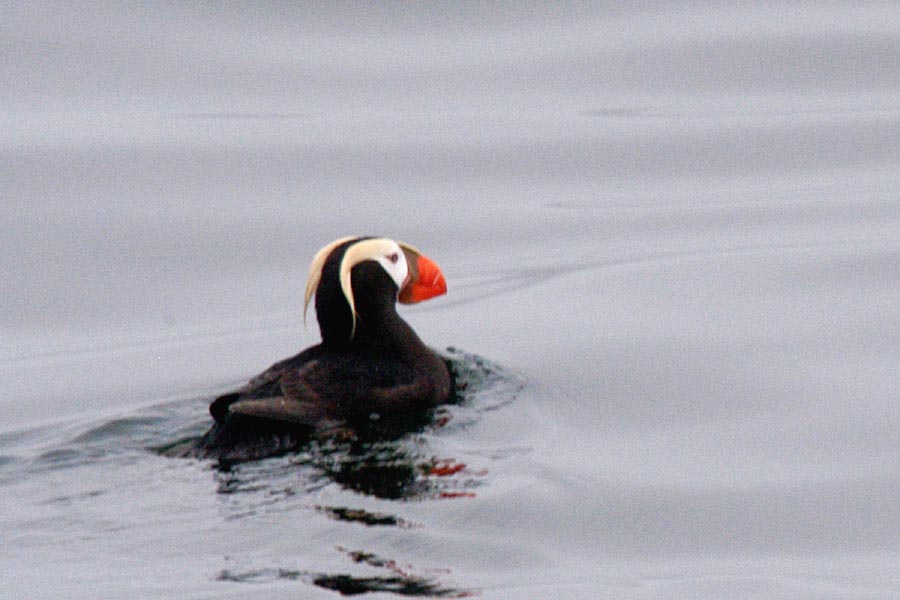 This Tufted Puffin is a member of a small colony of about 12 just off Tofino near Cleland Island. It was photographed on June 23 during a SEABIRD VOYAGE with JUST BIRDING guided by well-know ornithologist, conservationist, photographer, and writer, Adrian Dorst.