MIXED BAG - A few old shots and a few new shots ... sounds like it was a bad week, but it wasn't. The Cooper's Hawk was an unexpected surprise as I was checking out the rumors of a Lewis' Woodpecker, and, today's spontaneous trip to Tofino was fabulous thanks to the Long-Billed Curlew.

WHERE'S MY MOMMY? - This recently fledged Cooper's Hawk did not seem too confident being on it's own near Enos Lake on Aug. 8/04. 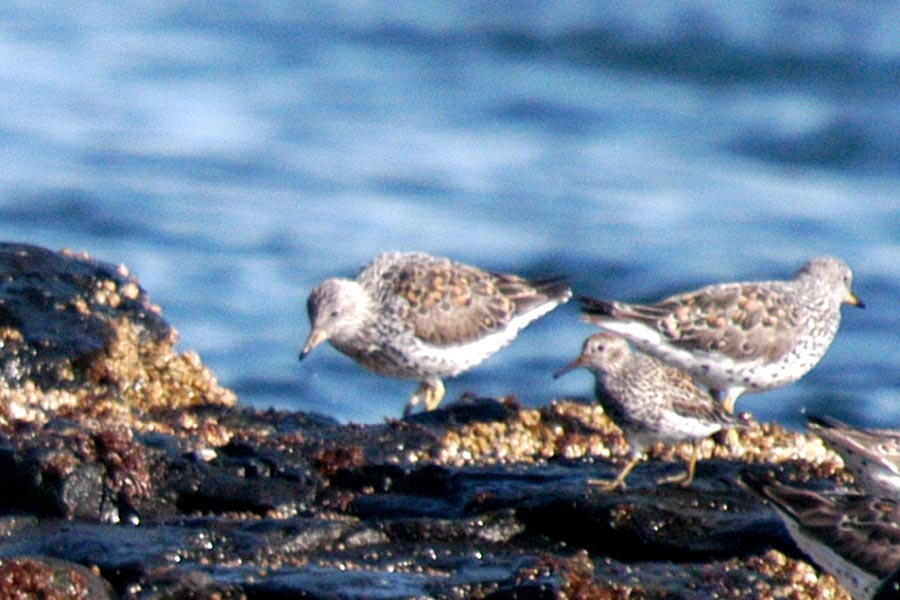 FLASHBACK - PICTURE SURPRISE - Awhile back I mentioned that I was reviewing some old pictures and found a surprise bird. I'm sure that at least one person out there will be interested in who was chumming with the Surf Birds on Apr. 23/04 at Yeo Island - a Rock Sandpiper in almost breeding plumage! 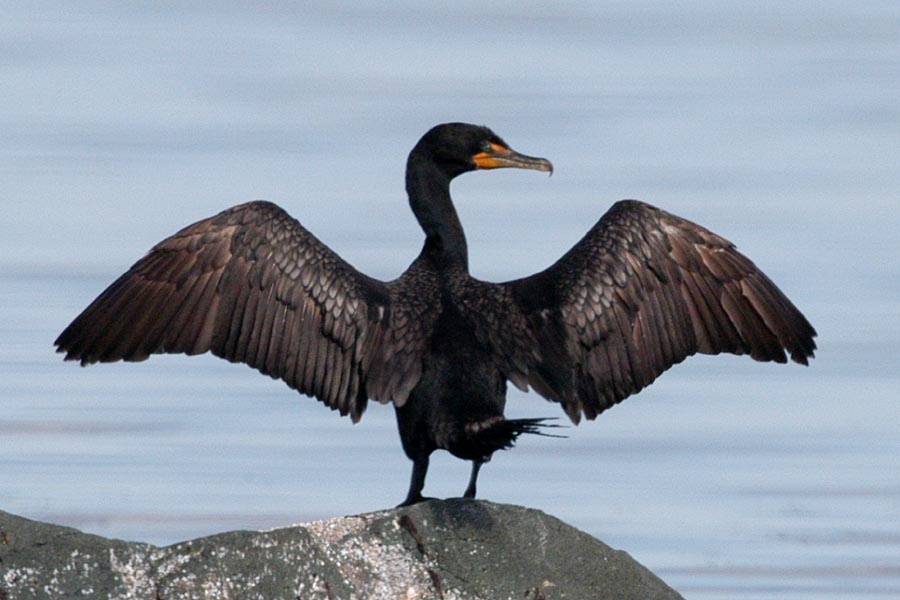 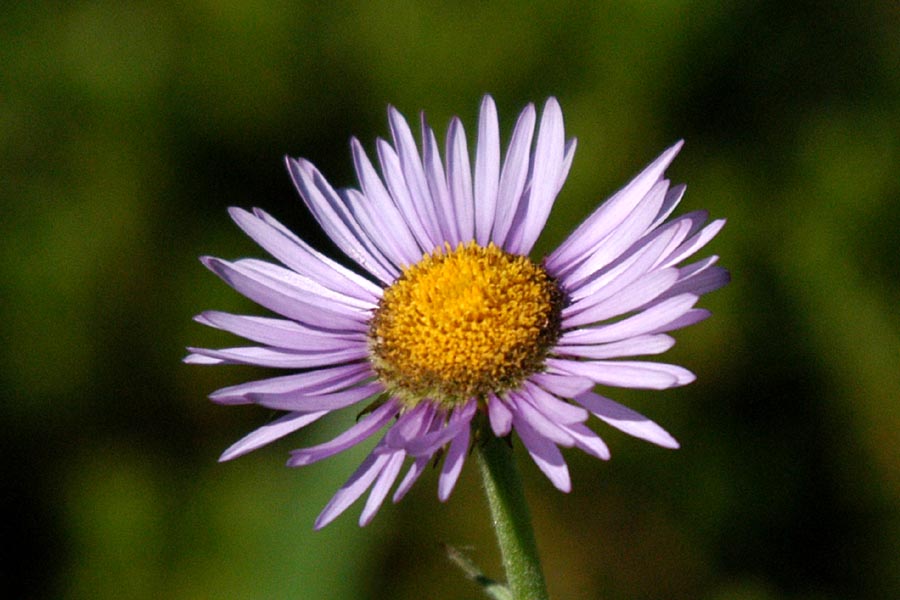 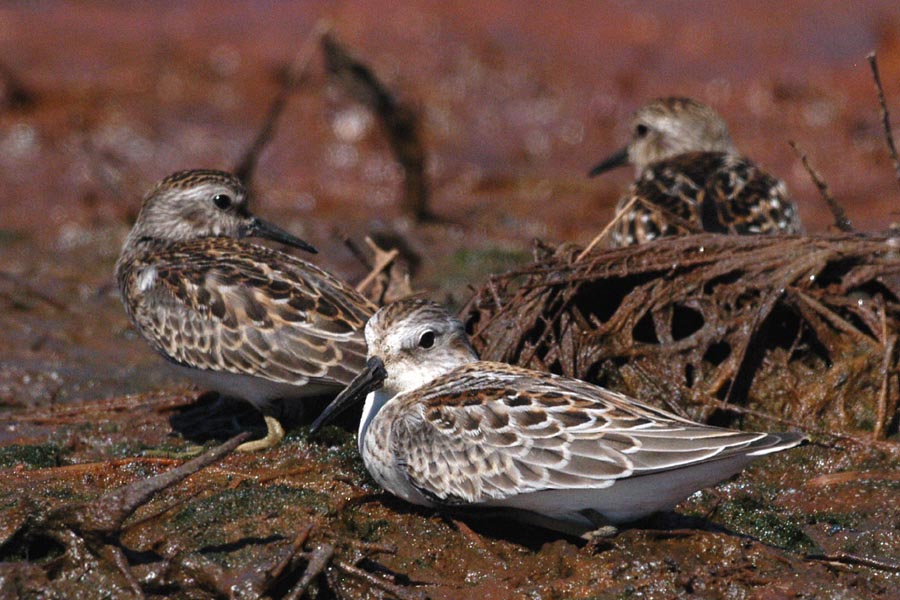 HOLDEN CREEK SIESTA - The Western and Least Sandpipers probably needed a rest after travelling from Alaska or the Arctic. 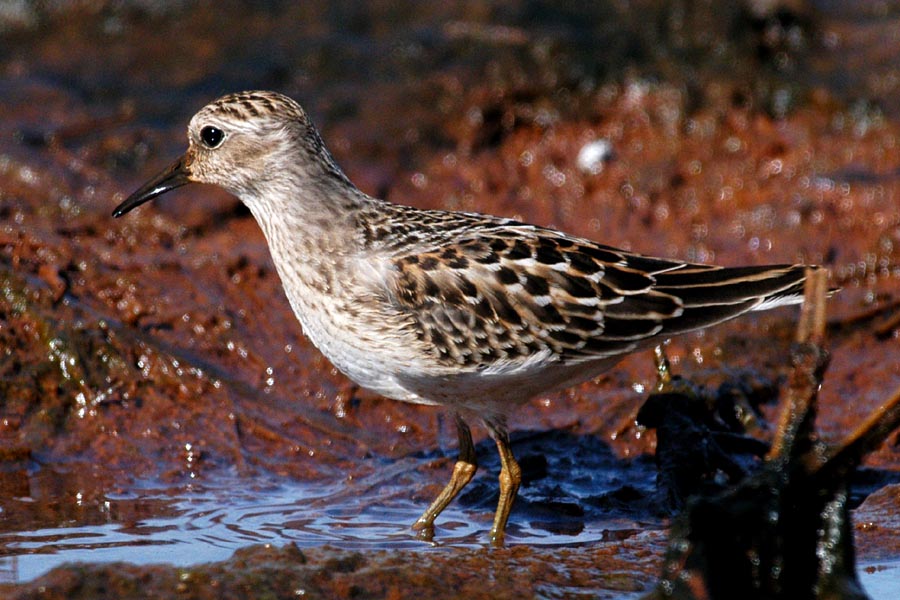 SANDERLING - I've never seen these colours, but this bird seems to have the right size and shape for a Sanderling. That's what I'm calling it until corrected. 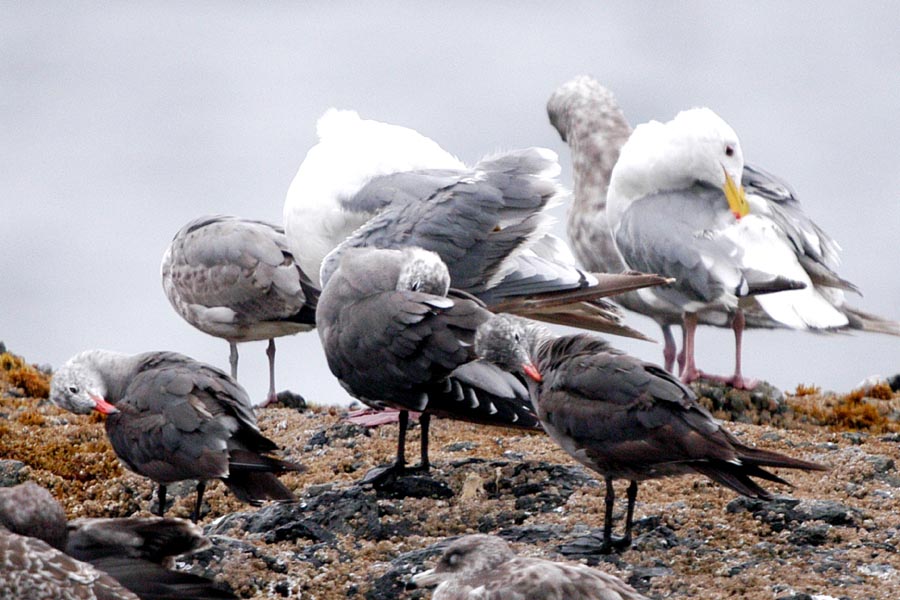 HEERMANN'S GULLS - I was going to go to Victoria to find a Heermann's, but I won't have to now.

CHESTERMAN BIRDS - Today was the 8th consecutive day that the Long-billed Curlews have been on Chesterman Beach. It's worth a visit as it's one of the quieter beaches in the Pac Rim and parking is still free. (Thanks for the tip, Adrian.) 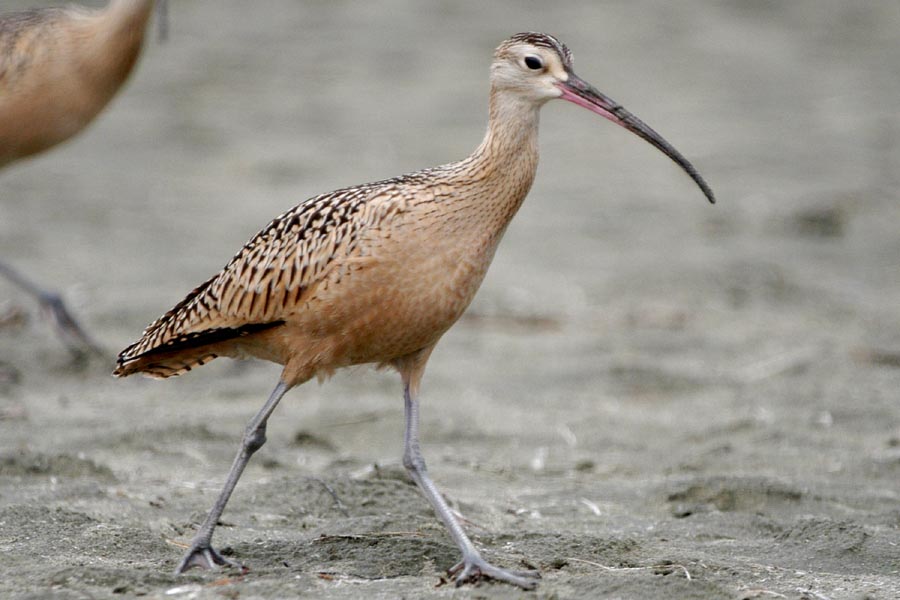 GRACEFUL BIRD - Despite its rather pronounced proboscis, the Curlew was a very elegant and graceful bird.