FROM THE JOB JAR - Birds are amazing. Recognizing my self-imposed penance to the chain gang, a little Black Tern decided to visit Fairwinds which is just 6 KM down the road. How's that for consideration and cooperation? 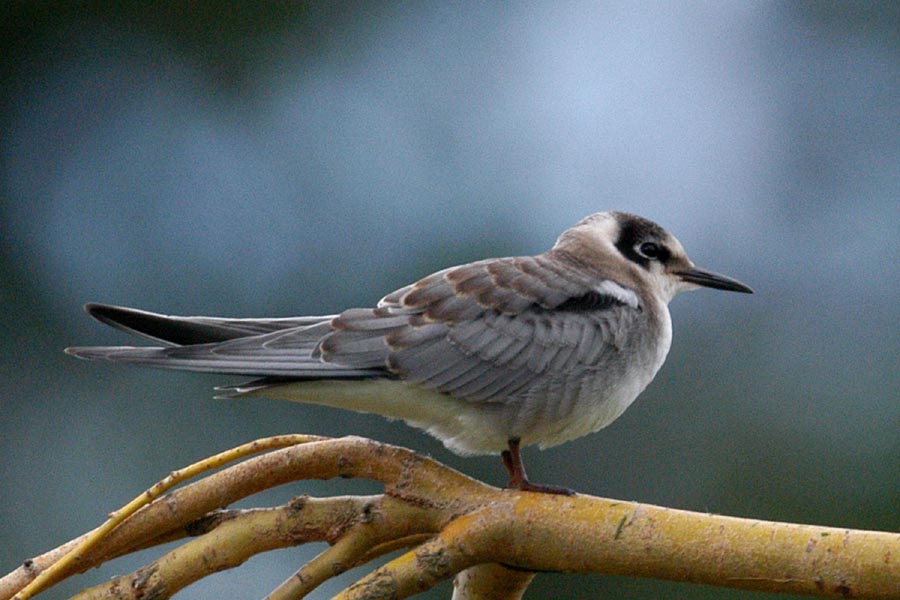 THE BLACK TERN is a rare visitor to the Pacific Northwest. Its normal range is east to the Atlantic and south to Gulf of Mexico from north central B.C. There is a fairly large breeding colony at Blind Lake which is close to Watson Lake. It was a very pleasant surprise to find that the Black Tern dropped into Fairwinds Golf Course in Nanoose Bay to visit me. Okay, so the Black Tern didn't come just to visit me. Was it Steinbeck who said, "Man is the master of self-deception?" Anyway, I couldn't let the opportunity slip by regardless of the chores, so I made a few visits with the camera.

THE BLACK TERN was very predictable. It would fly around the #18 pond for 5 - 10 min. until it was finished feeding then it would rest on a weeping willow on a little island in the pond. 15 min. later, it was back to feeding. 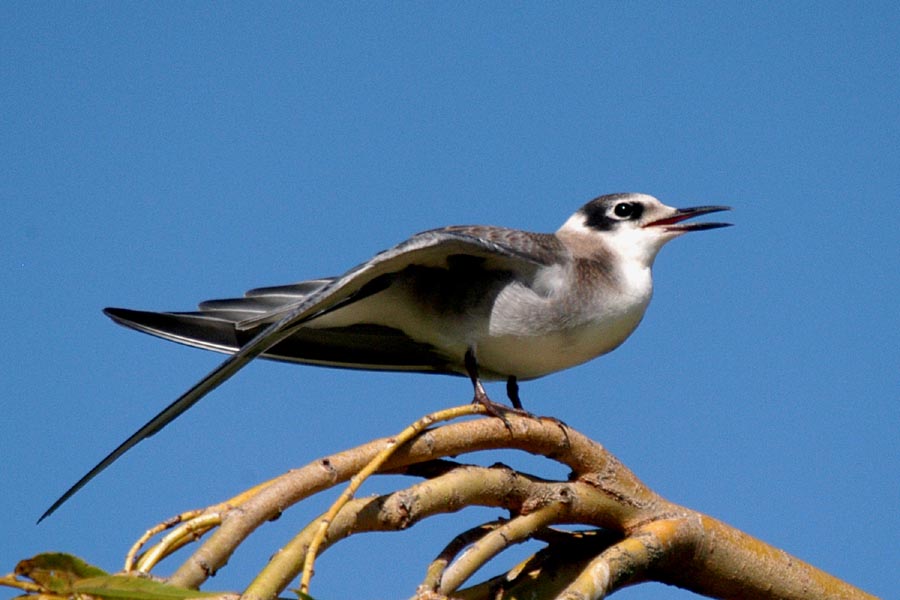 THE TERN was observed on Aug. 24th by a fellow golfer and naturalist and mentioned to me on the 25th. Later in the day, the bird was observed and identified by an ornithologist, and as of tonight (Aug. 26) the bird was still there. 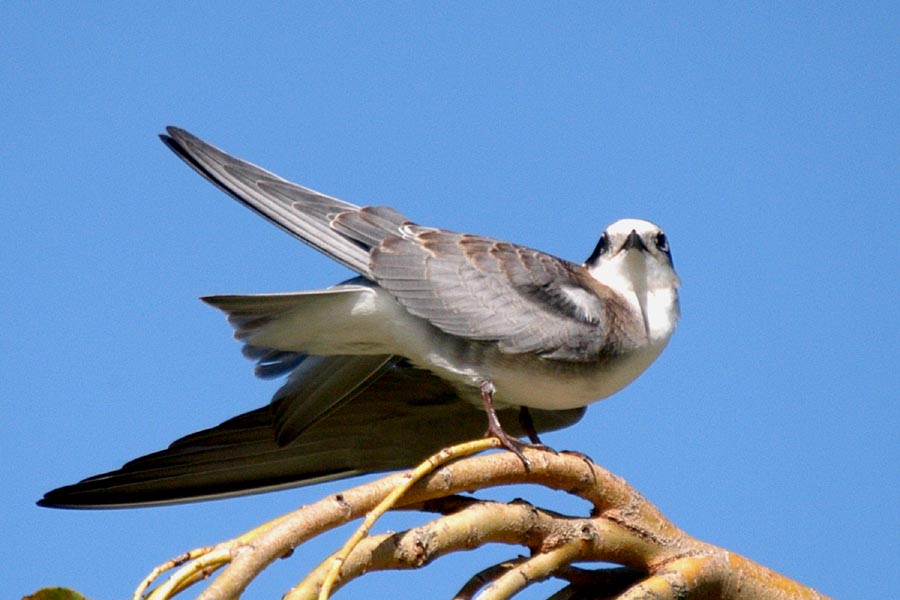 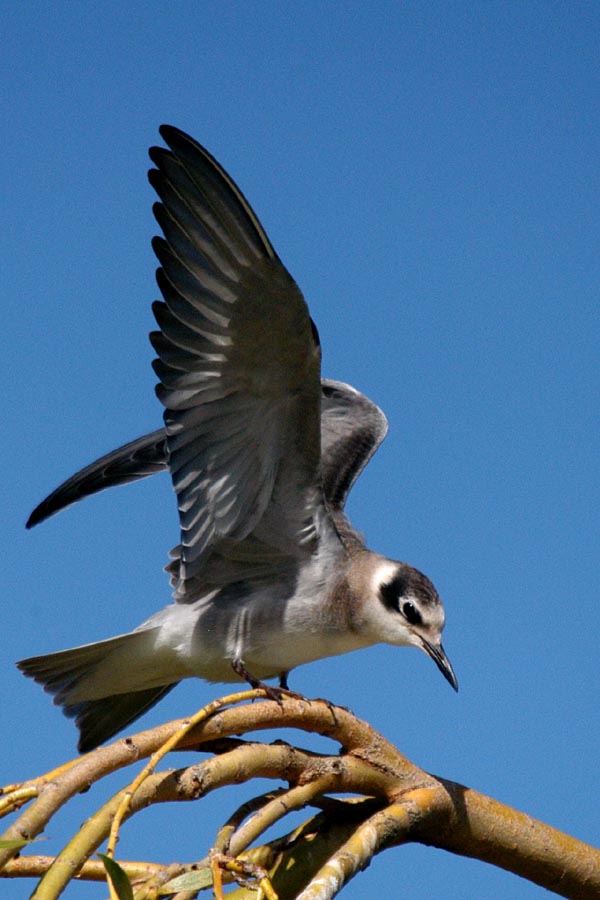 PREPARING TO TRAVEL - Some Black Terns travel as far as the South American coast to spend their winters. 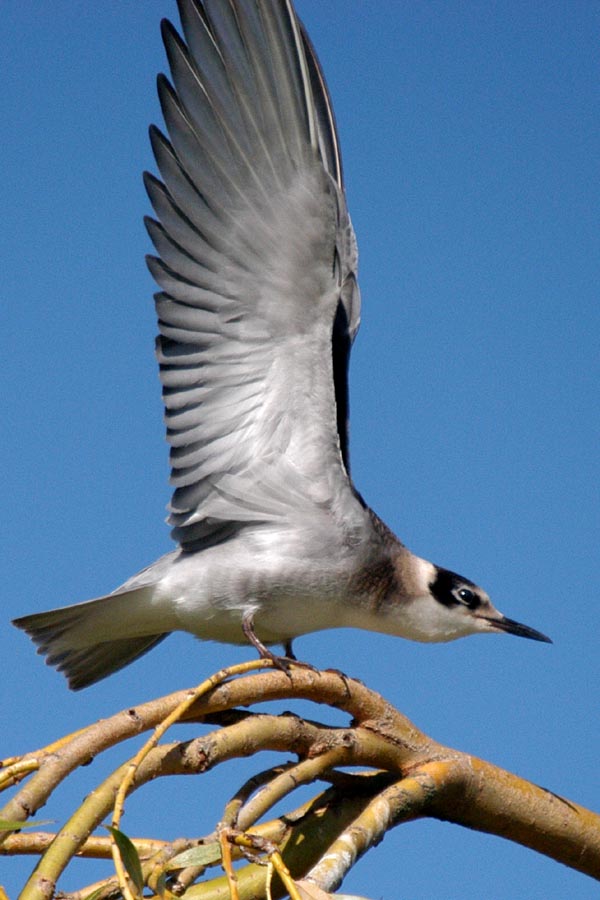 PIN THE TAIL ON THE PINTAIL? - Two Northern Pintails were playing tag or some sort of game while a Green-winged Teal snoozed in the foreground. (Aug. 26/04 - Holden Field) 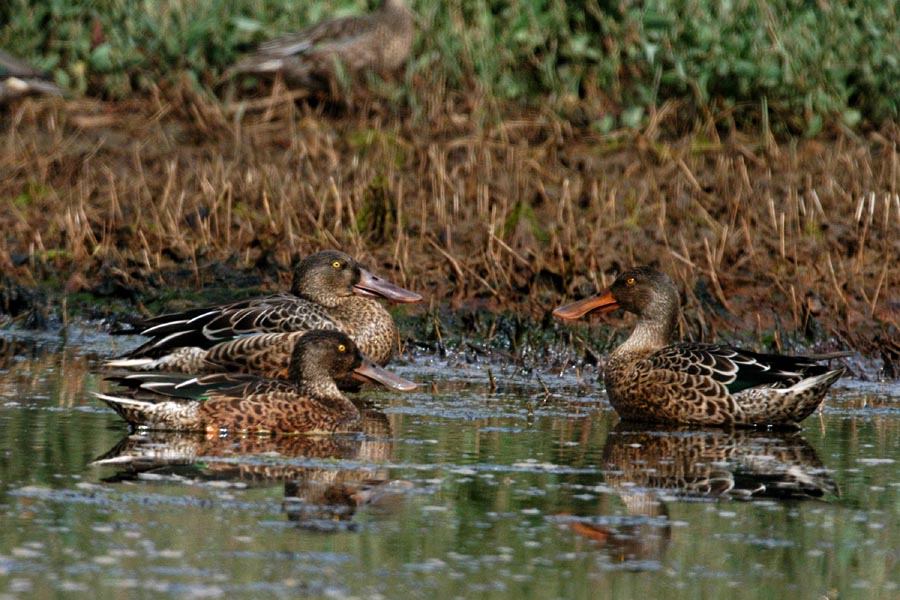 SHOVELER TRIO - There were many Northern Pintails and Green-winged Teal at Holden, but only 3 Northern Shovelers. (Aug. 26/04)